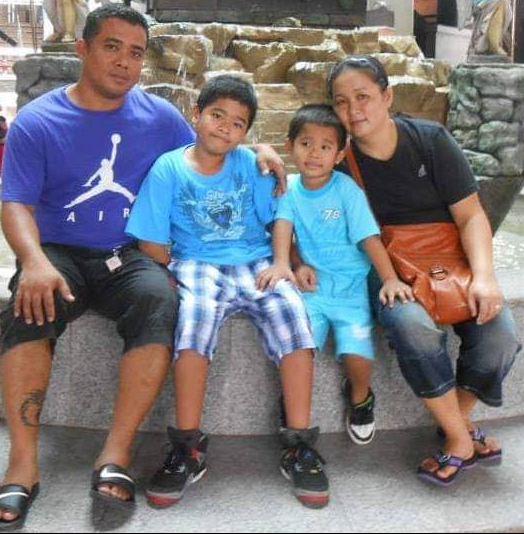 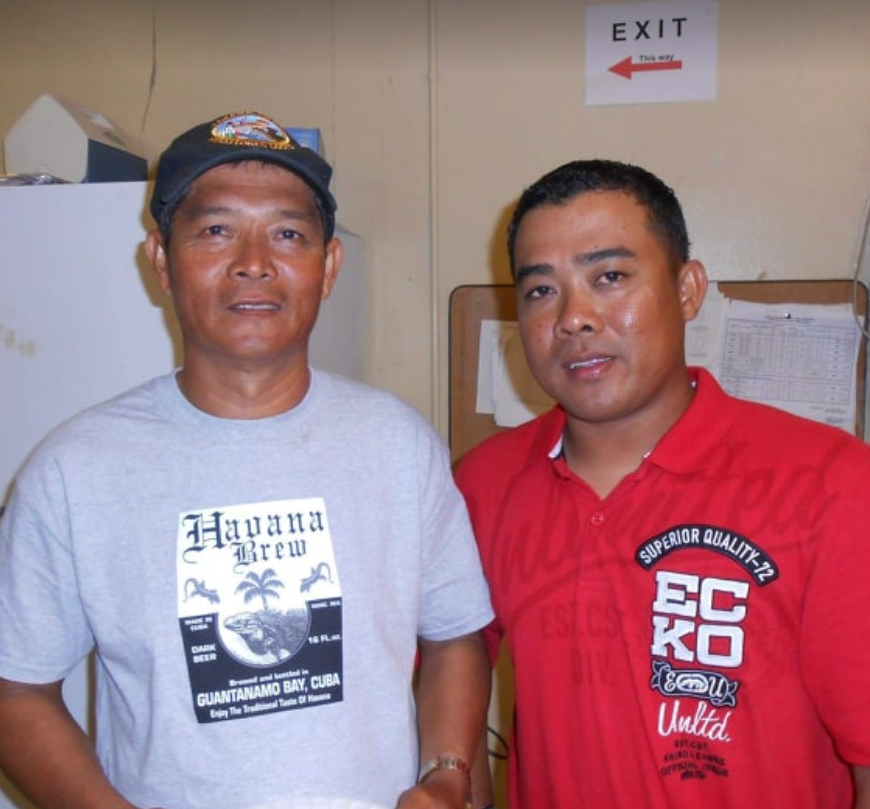 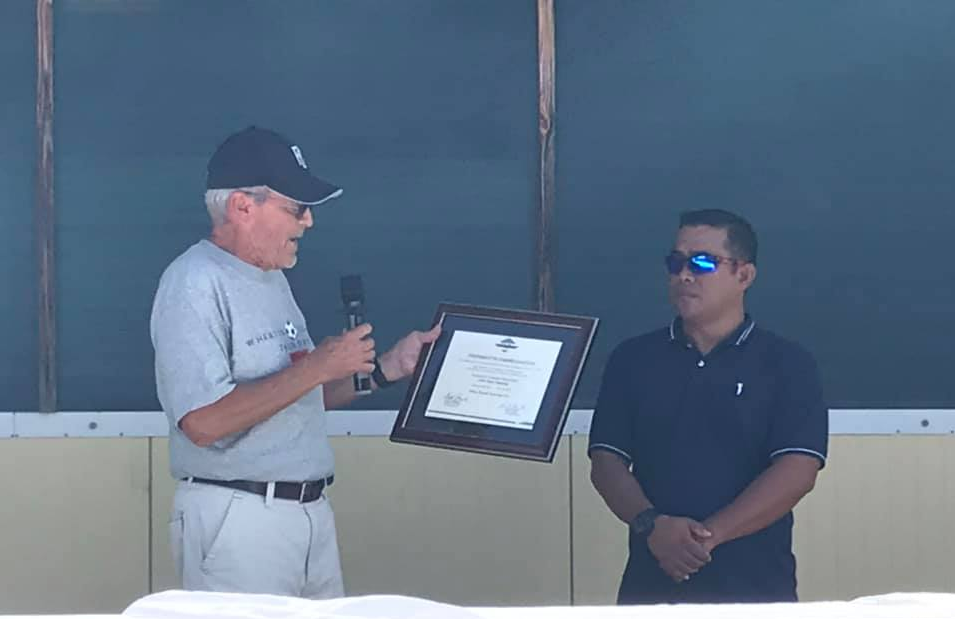 I am John Paul Bustillos Caacbay. Born September 8, son of Julio and Evelyn Caacbay and my sister is Jovilyn. I was married to Jenity Oliveros in the year 2000 and have been blessed with two sons.

I started going outside the Philippines for employment in the year 2008. I had to leave my family and my two-week-old youngest son for a better future. My first destination was in Libya, the same country and company that my father worked for, but at a different site location. We only met once a year in that country, despite working for the same company. In February 2011, the civil war in Libya began and almost, but not all, Filipinos in Libya decided to leave for their safety. We were evacuated in the border of the nearby country Tunisia and luckily, I found my father and his colleagues in that evacuation center safe. All of us Filipinos went back home safely.

In August 2011, I was employed by a firm in GTMO, since they needed a field technician for their Navy Housing and Fitness Center project. Three months later, they needed a surveyor, so I recommended my Dad and soon enough, he flew here and worked with me at the same company. My 2-year contract was up and I returned home. Apparently, they didn’t offer me another contract at GTMO because the company didn’t get any more project awards and the housing project was almost done. From 2013 to 2015, I had to work in the Philippines. In March 2015, I was employed by a firm as a material technician in Saudi Arabia, and was able to complete two one-year contracts.

In October 2017, I went back to GTMO and worked for as a QC laboratory technician. Unfortunately, in February 2019 rumors started leaking that my employer was on the brink of filing for bankruptcy. At the same exact time, RQ was looking for a Laboratory Technician. I spoke to MCM’s project leadership and explained that it would be more convenient for everyone if RQ could hire me directly on-island. I asked for an early release to my contract and gave them a graceful exit in return. Sadly, they decided to just have me resign, fly back home, and start my employment process with RQ all over again all the way from Philippines. I was sent home last March 2019. I got my employment contract processed and flew back to GTMO as an RQ employee on July 10, 2019.

On July 15, 2019, around 4-5 pm, I was at the RQ Asphalt batch plant where an incident occurred. It was a coincidence that I was there when I was. I had been waiting for my asphalt samples for hours outside the lab and I got thirsty. I went back into the lab and heard something that sounded like something big fell on the floor. I went to my Engineer’s office, Chad Greene, to check on the noise and saw him lying on the floor unconscious. It just so happened that I have been trained in CPR twice by the Red Cross here at GTMO, back in 2012 by and again in 2018. I sprang into action and did everything I knew from my CPR training. I tapped him and asked him if he was ok but there was no response. No one else was in the office except the two of us, so I continued the procedure and gave him a pump on the chest. After 6 or 8 pumps I saw him breathe deeply and slowly regain his consciousness. I rushed outside to yell for help and came back inside and gladly found him sitting on the floor. I asked him, “Are you ok?”, “What happened?” and he answered, “I don’t know.” Some other colleagues had arrived in the office and started to offer help, gave Chad water, and asked if he wanted to go the hospital, but he refused. We asked him again and finally, he agreed. We helped him stand and our site Superintendent, Joe Fitzgerald drove him to the hospital. Both our SSHOs, Avelino and Jed, also followed them to the hospital and later I was told Chad was going much better. I’m so glad I was able to help.