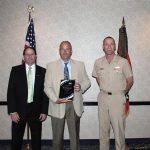 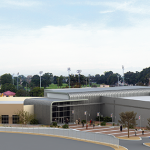 On April 11, 2012, RQ Construction’s (RQ) Seabee / CEC Museum at Port Hueneme was awarded the 2012 Project of Excellence Award by the Society of American Military Engineers. Celebrating the Spirit of Excellence, this award recognizes the outstanding contributions towards the mission of our Armed Forces.

The Seabee / CEC Museum was designed and built by RQ  to honor the legacy of the US Navy Seabees and the Civil Engineer Corps. Despite numerous looming challenges, including multiple clients and a restrictive budget, RQ promoted the best value to the client and achieved requested performance objectives within the targeted budget.

RQ’s ability to have the museum designed and constructed in less time resulted in the Foundation’s ability to generate public interest and revenue more rapidly, allowing the owner to exercise options for collections storage, the Seabee Monument, Road to Victory, Memorial Garden, and more. Although these options were added, the project was completed nearly 11 months ahead of schedule.

A major achievement of the Seabee / CEC Museum project was reaching USGBC LEED® Silver, despite only being contractually obligated to LEED Certified. RQ’s sustainability approach targeted many elements through design and construction, with a desire to reduce Total Ownership Costs, allowing the facility to operate with reduced energy consumption. This reduction of operational costs was fundamental to a facility that relies heavily on donations and attendance for funding and support.

In addition, and true to RQ’s values, safety was another strong point on this project. The museum was completed with zero lost time accidents out of 35,621 man hours worked. RQ received a National Safety Council Milestone Award, as well as a NAVFAC Star Safety Award for this project.

The Seabee / CEC Museum exemplifies RQ’s Vision to improve quality, reduce cost, and decrease cycle time, and in turn resulted in the best-built environment for our client.